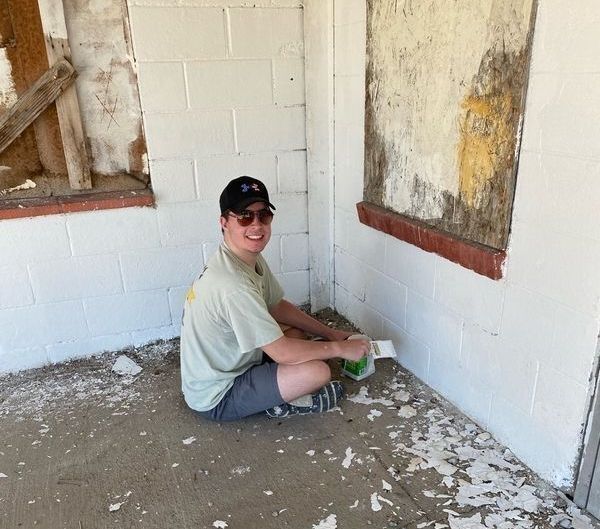 Today we split up to three different mission sites. The first group returned to the painting site, and finished scraping the walls. Their work was tiring and they were in direct sunlight for the majority of the time. They just began painting at the end of the work day!

The second group returned to the Carpenter Shop Worship Arena and worked on reenforcing some wooden posts and mowing the rest of the tall prairie grass. After lunch they returned to CLF and started prepping the kitchen to paint.

Finally, the third group went to Jack’s greenhouse and helped restore the sheets on top of his underground garden. They worked on stapling pieces together and mounting them to the ceiling. They made friends with all of the snakes and bugs as well!

Tonight we had a concert at Trinity Episcopal Church. We were able to perform and then eat cake and socialize with the attending families afterwards! Burt and his family, along with his newborn, came to the concert and we were able to discuss more customs and traditions with them as well!