Our building use is limited, but our congregation is active!  Worship is ONLINE through Facebook & Zoom each Sunday at 10am until further notice. This decision was not reached easily, but the best guidance we received from within our congregation, as well as the ever-changing protocols at the local, state, and national levels led us to this action for the safety and health of our members.

The Reverend Dr. J. Herbert Nelson, II, Stated Clerk of the General Assembly of the Presbyterian Church (U.S.A.) calls us to do the work of reconciliation and redemption in our communities and in our city. At Grace Covenant Presbyterian Church we are committed to sharing God's all-inclusive love and standing with those who are victims of injustice. We invite you to join us in the work that needs to be done to join the call to remember the victims of racial violence and affirm our commitment to work together to dismantle structural racism. We are a Matthew 25 congregation.  Learn more here.

Grace Covenant Presbyterian Church celebrates God’s unbounded grace and all-inclusive love.  God gathers us in a welcoming community, with our curiosity and questions, to worship creatively, learn from God’s word, share our gifts, and deepen our faith. With grateful hearts and a spirit of adventure, we go to serve Christ in the world, sharing kindness with everyone, and working for justice rooted in God’s love. 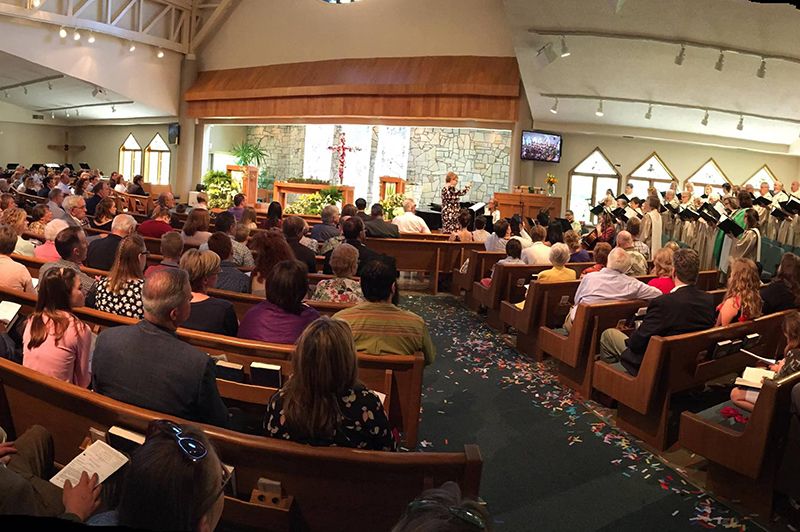 Pastors call on churches to teach the truth about white supremacy

Millions of Americans were surprised and shocked when insurrectionists stormed the United States Capitol on Jan. 6 attempting to stop the certification of the November presidential election.

The post Pastors call on churches to teach the truth about white supremacy appeared first on Presbyterian Mission Agency.

People from Cameroon, Haiti and the Democratic Republic of Congo are held in immigration detention centers because they put their trust in the United States as a place of safety, only to be denied due process and ordered deported.

Nearly a year ago, Doylestown Presbyterian Church in Doylestown, Pennsylvania, accepted the invitation to become a Matthew 25 church. The predominately white congregation chose to concentrate its efforts on dismantling structural racism and its intersectionality with poverty. Members and friends knew they wanted to learn how to be allies with people of color who have been so adversely impacted by these issues, two of the three Matthew 25 foci (the other is building congregational vitality).

Our building use is limited, but our congregation is active!  Worship is ONLINE through Facebook & Zoom each Sunday at 10am until further notice.